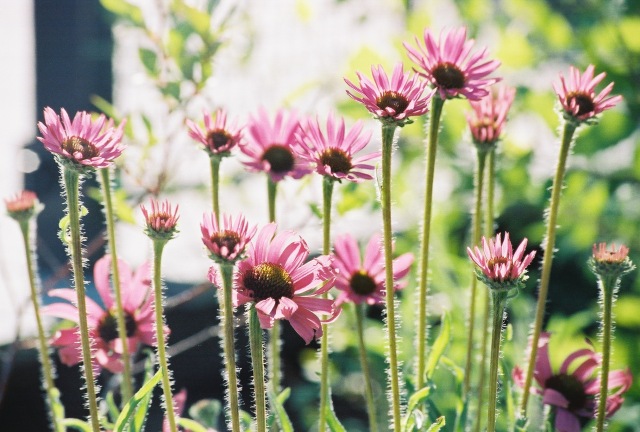 At the recent Native Plants in the Landscape Conference at Millersville earlier this year, Mike Berkeley, co-owner of GroWild,Inc was asked what his favorite native plant is. Of course this is an unfair question to ask of any self-proclaimed “certified native plant nut”. He did have an answer though: Echinacea tennesseensis (Tennessee Coneflower)  When asked why, Mike responded that it is a success story, and contrary to what the Missouri Botanical Garden has in their description in the link to the plant above, it has been removed from the Federal Endangered Species list and Mike believes that has a lot to do with nurseries propagating the plant and making available for Tennessee homeowners to plant.

A recent study showed that nearly 10% of all endangered plants in this country can be found for sale online. Some of them legally, with the nursery providing their federal permit number with each order, or only selling within the state lines, but many others without any indication of following the federal rules for growing and selling federally listed endangered plants. Another study found that “only 4 sellers of endangered plants online, two of which were conservation organizations, had the necessary interstate commerce permits to sell endangered plants online.”

While this certainly appears to be a success story, there is constant debate in the small world of native plant enthusiasts, specialists, researchers, conservationists, ecologists and growers regarding the ethics and responsibility of growing and selling endangered plants. Those who recommend against seed collection and propagation of diminishing species and plant species officially labeled as threatened or endangered are accused of simply documenting the decline of the species and standing by as another extinct plant is entered into the record books of history.  Those who collect, grow and sell the plants are often accused of genetic swamping and threatening the genetics of local populations, creating unstable and adulterated populations and ultimately causing the demise of a unique species or plant community.

First let’s get some definitions out of the way:

And while we are here, let’s review the rules of threatened and endangered species, here we are specifically exploring the plant-related language in the act. This is just an overview and you can find out more specifics by reading the US Fish and Wildlife Service Factsheet: Endangered Plants – Federal Rules and Regulations.

The concerns (in no particular order) seem to be:

The Federal Government has made it clear through their regulations that the agency believes that human interventions are essential for protecting our plant diversity. This is why they distribute permits to collect, grow and sell the federally listed endangered plants. This is why there is limited restrictions within the state where the endangered species grows.  Of course the regulations and the system are not without faults and room for improvement or clarification.

Mike and the folks at GroWild were able to grow and distribute the endangered Tennessee Coneflower without a permit within the state boundaries of Tennessee. By doing so, he, and others doing similar work, was able to help to expand the population of this plant that ultimately resulted in the delisting of this plant as endangered along with work by collaborations of governmental, conservation, and private organizations. Mike followed the rules. Unfortunately, there are many others out there not following the rules and according to this research “illegal trade undermines both the permitting process and the conservation efforts of the US Fish and Wildlife Service to ensure that commercial propagation aids the long-term survival of listed species.”

We grow Echinacea tennesseensis ‘Rocky Top’.  This is a seed selection of the once endangered Tennessee coneflower. Because the Tennessee Coneflower is no longer a federally listed species we may propagate it and sell it without permit. However, we do not think that this should be planted in the rare glades and plant community where this species exists int he wild, and probably should be kept a far distance from native populations to ovoid diminishing the existing genetics of the population. We do not think this plant should be used in restoration efforts. It is an excellent plant for the landscape. If you wish to preserve the genetics of this plant, which comes true from seed, you must grow it away from other Echinacea species or it may hybridize.

What are your thoughts on this topic? Have you purchased, grown or sold endangered plants?